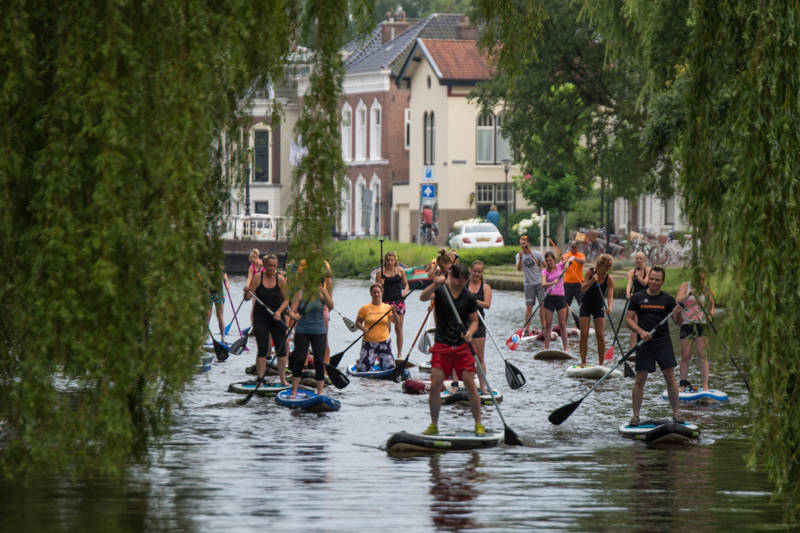 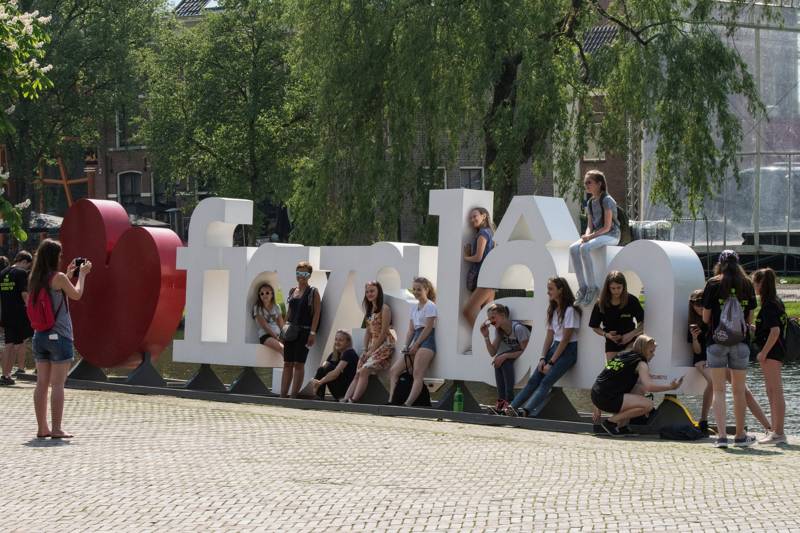 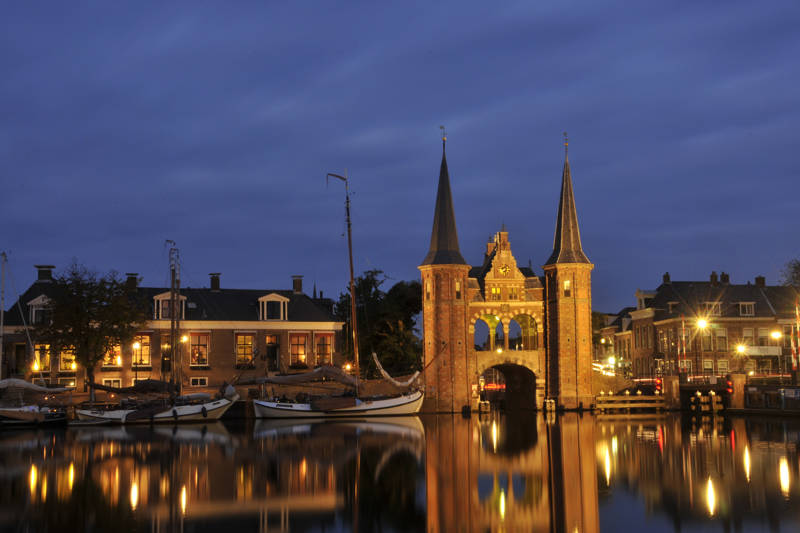 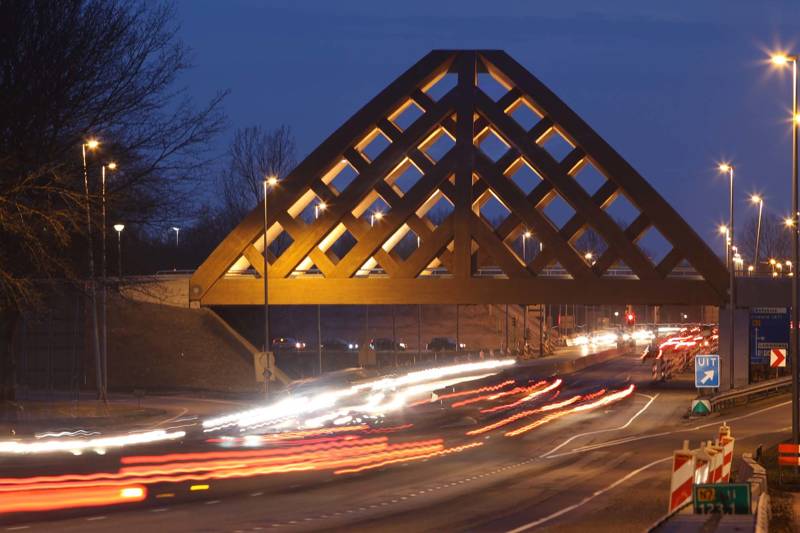 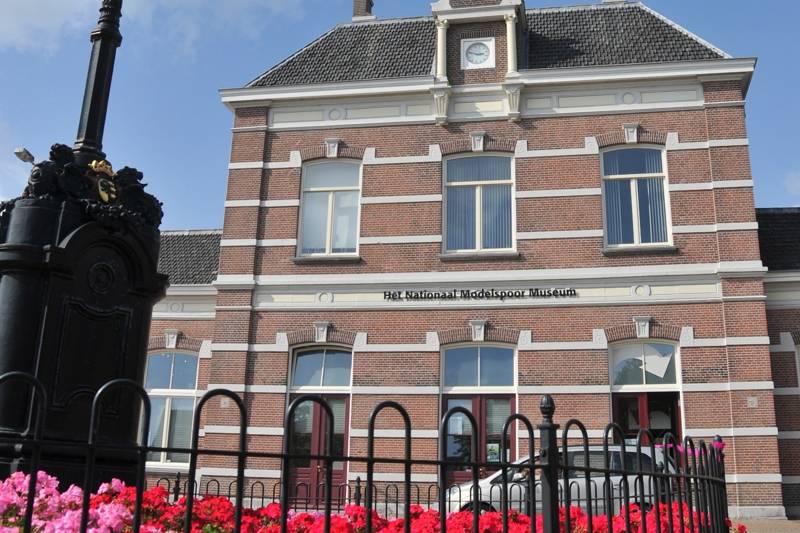 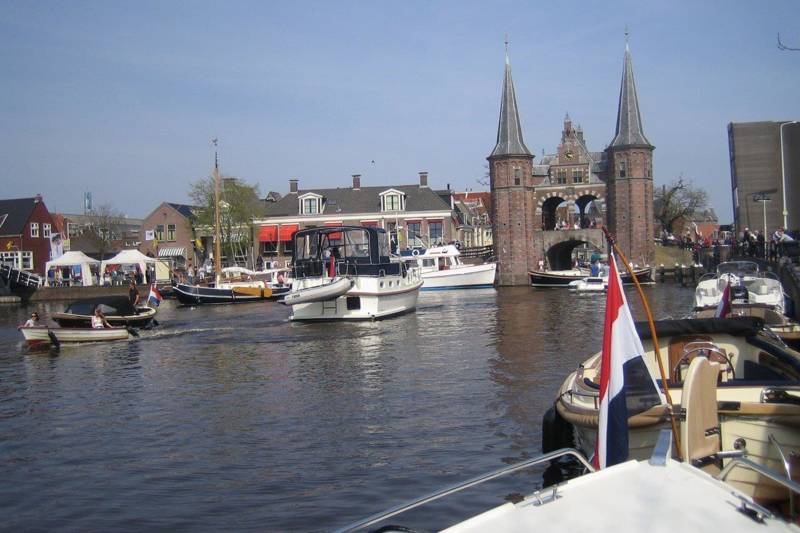 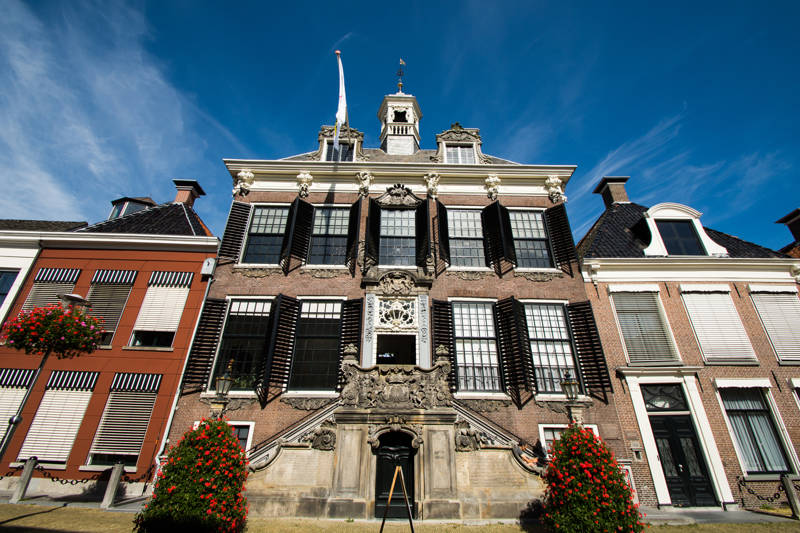 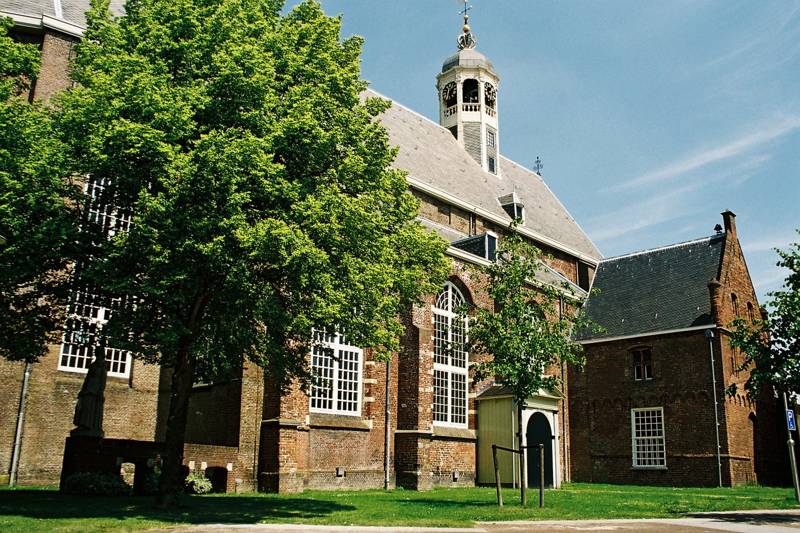 Sneek as one of the 11 Frisian cities is certainly one of the pearls of Friesland. This place is known to most water sports enthusiasts due to its location in the middle of the Frisian Lake District in the immediate vicinity of the named after the place Sneekermeers. Many sights can be found in Sneek, the main Sneker sights are presented below.

Anyone who takes a little more time for Sneek, should definitely join a city tour. With guides you can also visit the Sneek water gate from the inside. The city tour can be booked at the tourist office Sneek (VVV).

A fortification built in 1613. The Watergate is the most famous building in town, built in 1613 and now part of the Dutch heritage. It is the symbol of Sneek, known worldwide and the pride of the town. It’s the last vestige of the old fortress Sneek. During the 16th century, the military function of the towngates disappeared and this monument got a characteristic function, it became the symbol of the wealth of the town.
Address: Waterpoortsgracht 39 Sneek

Sneek's original town hall acquired its striking rococo decoration in the 1760s. Play 'Spot Wisdom, Justice and Stability' with the beautifully sculpted, allegorical figures on the facade. A 15th century building with Rococo facade. A large number of coats of arms are displayed in the militia chamber. ‘Grutte Pier’s’ (a Frisian folk hero) helmet can also be seen.
Address: Marktstraat 15 Sneek

3. Martini Church
Built in 1498, with a 16th century sacristy, old foundations are indicated in the paving stones of the Old Churchyard.

Interactive Children's Museum
The Children's Museum is a special room in the Museum Fries Scheepvaart, where all children between the ages of 4 and 12 can actively and interactively work on the subject of shipping in Friesland. Special activities during the holidays.

6. National Model Railway Museum. At the Central Railwaystation in Sneek.

The Nationaal Modelspoor Museum (in English, the National Model Railway Museum) in Sneek, located in the province of Friesland in the Netherlands, is a beautiful model railway museum. The museum is housed in the station building of Sneek, which I think is a very suitable location. Right next to the building is still a historic Kleindiesellokomotive (Locomotor) NS 323 "Sik van Snits".

The museum is very child friendly, as it also invites to play. Every system has buttons that are just waiting to be pushed. By pressing the buttons, the visitor can drive the trains themselves and thus gets the trains rolling. On the second floor the visitor will find more copies as well as some lovingly styled dioramas.

8. ‘The Widow Joustra’
Off-licence with interior dating from 1864. With an original ‘drankorgel’ still intact.
In the distillery the Weduwe Joustra Beerenburg is made, a liquor made with over 70 herbs. It is a family business since 1864 and they still make the Beerenburg  on the traditional way, as the original prescription from 1864 describes.
Address Kleinzand 32, Sneek

The petting zoo Sneek has different species distributed throughout the area. Among them there is also a goat pasture, a guinea pig pasture, a rabbit pasture, ponies, Dexter cattle and various species of birds. There is also a restaurant and a spacious terrace with a playground. Above the restaurant is the game loft. In the area there are many hiking opportunities around the pond, pedal boats, a bouncy cushion, a cable car and a water garden.

11Fountains is one of the most important art projects of Leeuwarden-Fryslân 2018, Cultural Capital of Europe. This is a new form of cultural heritage: 11 fountains by 11 leading artists in the 11 towns of Friesland. Sneek had the fountain of Fortuna. The Fountain of Fortune: a man with a 'Horn of Plenty' on his shoulder. A beautiful symbol for the former day wealth of Sneek.

Since the end of 2008, a unique wooden bridge has been displayed above the A7 near Sneek. The bridge is the first wooden bridge in the world that is suitable for all types of traffic, including high freight traffic.

The bridge is at the height of Akkerwinde and a twin brother bridge was built later in 2009 at the Molenkrite location. The road surface is made of steel, 32 meters long and is 5 meters above the A7. What makes the bridge unique are the 16-meter-high wooden beams that support the bridge with their arch shape.